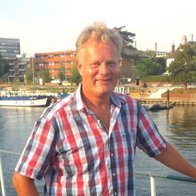 I am proud that one of the provincial South African players Robbie Brink went on to win the world cup in 1995 with South Africa. Albeit that I was in Ellis park for final supporting New Zealand.

Alistair Trotman of Southern Hemisphere Sports has placed many New Zealand and South African senior club and provincial players into UK, Irish and French and Italian rugby clubs, including a few All Blacks, Springboks and several Pacific Island internationals.

Alistair Trotman of Southern Hemisphere Sports attended New Zealand Super rugby preseason January and February, meeting most of the professional players in Super rugby so I have many contacts amongst players and coaches to be able to assist your ambitious club.

Contact me privately to discuss your sporting requirements, in any sport.

Icons made by Freepik from www.flaticon.com is licensed by CC 3.0 BY